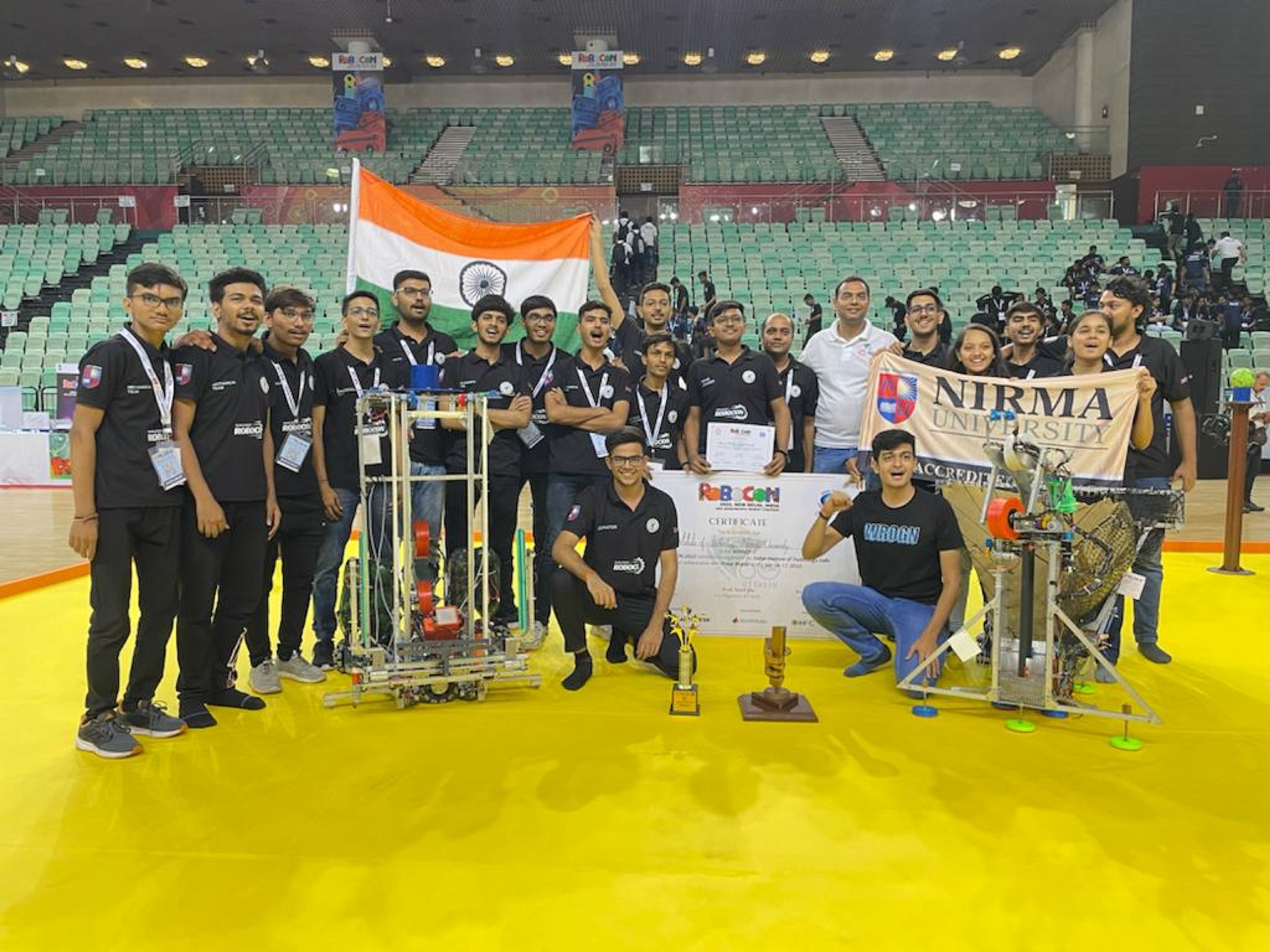 Team Nirma Robocon from the Institute of Technology, Nirma University won the national Robocon 2022. The team will now represent India in the international contest.

Robocon is an international robotics event, organised by Asia Broadcasting Pacific Union (ABU) every year. The ABU member country announces the theme and hosts the international Robocon event every year. India is the host country for the ABU Robocon 2022. A team from every ABU member country participates in the international contest. To decide the national winner, a National Robocon 2022 competition was organised by IIT, Delhi in collaboration with Doordarshan, India at Thyagraj Stadium, New Delhi during July 14 – 17, 2022.

The contest was organised in three stages. In the first two stages, a design document and a preliminary design video were submitted. Out of the 85 participating teams, 43 teams were selected after the first two rounds. Selected 43 teams participated in the National Robocon Contest. Participants from various colleges across India like IITs, NITs and institutes of national repute participated in the said event.